While I was with Canada Post, I worked in Brand Development. This included naming projects for product launches, and working with agencies on a variety of matters. In this case, I worked with Indentica Design to create new packaging for the Priority line of courier products.

My idea was to create a “FedEx Inside” ingredient branding

Canada Post was working with FedEx, which was considered a fierce competitor at the time. Almost an enemy in a way. So using them as a way to deliver our courier product in other counties was groundbreaking for Canada Post. My idea was to create a “FedEx Inside” ingredient branding that would clarify the role FedEx played in and add credibility to the service.

I also worked with Identica to develop the revised name (it used to be called Priority Courrier / Messageries prioritaire (both English and French names appeared on the packaging) which was pretty ungainly and difficult to deal with. In addition, we wanted to modify the mark to include the “Postmark”. Several products used this as part of the wordmark. 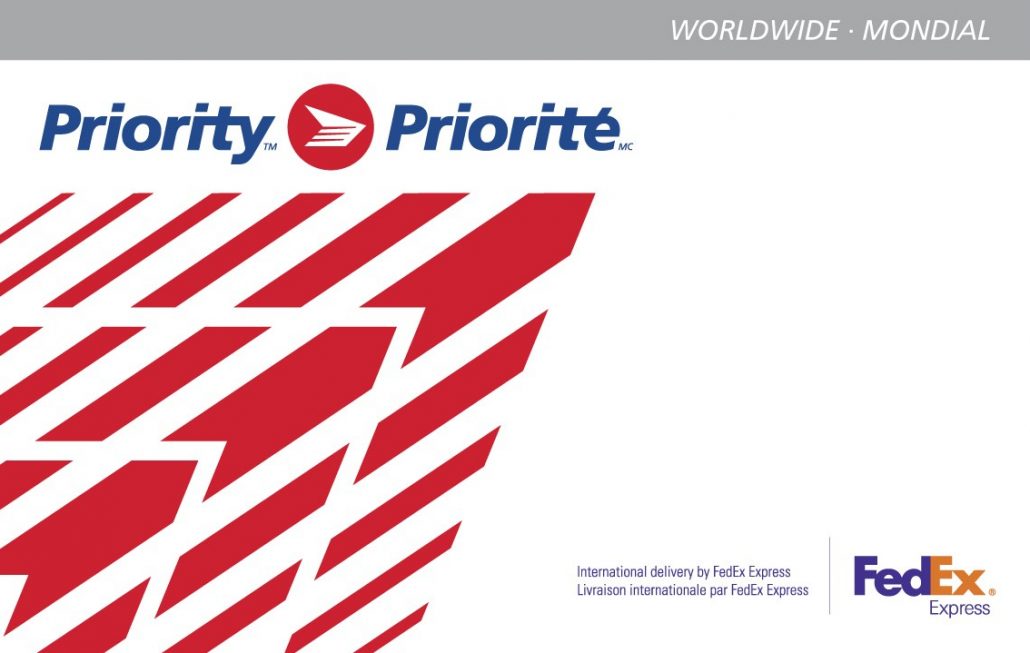 This is the new version of the envelope. There were many sizes and destinations. The new wordmark reflects the new naming. 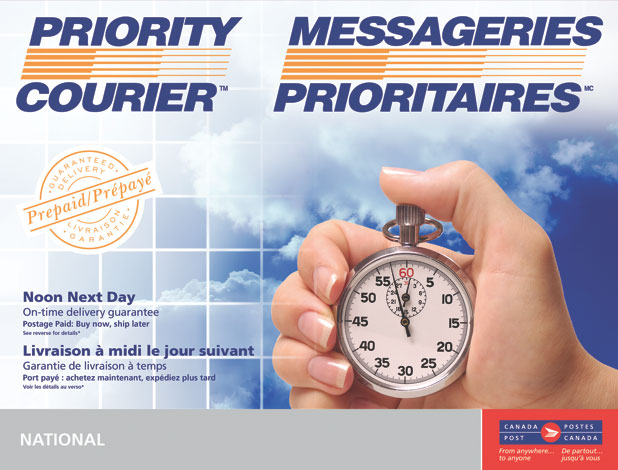 This is what the envelope used to look like.