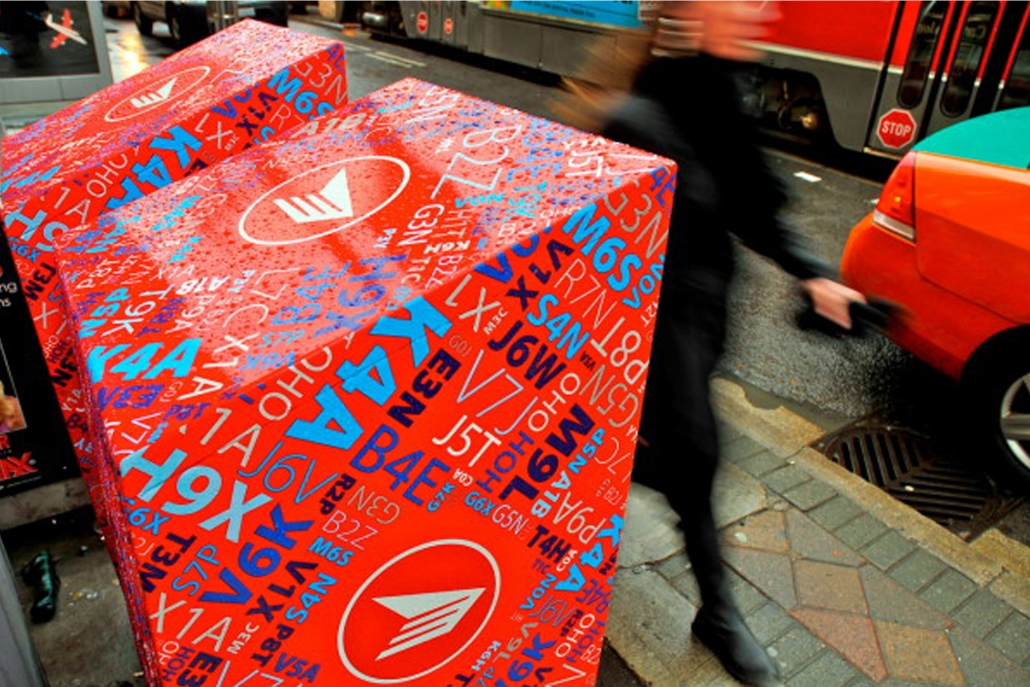 Canada Post had a graffiti problem. And it had to spend a great deal of money each year to clean it up. Part of the problem was the red colour of the mailbox offered a great canvas to tag. It was hypothesized that applying a design to the surface of the mailbox would reduce tagging and the visibility of tags making the mailboxes appear less vandalized.

The design would be applied using a “decal” material that would be easier to clean than the enamel painted surface of the original mailboxes. Initial designs were piloted in several locations in Canada.

The amount of tagging was analyzed and a cost-benefit calculation showed that it would be less expensive to apply design and clean the new mailboxes than to clean the original mailboxes that would be tagged more frequently. Designs were market tested with the public and the final design using the postal code graphic was released across the country in 2008.

The mailboxes themselves could also be an opportunity to make a statement about the Canada Post brand.